Softball is a “all hand on deck” game when on the field.  Player need to be able to get in front of the ball and field it in front of their body in order to have a good transition to throwing all within a very short amount of time.  They need to be confident and able to go after the ball without fear.  This softball whiffle ball game drill is great because there should be no fear of getting hurt by the ball so fielders can go for it.

It also incorporates hitting and baserunning so the game like conditions are just like a real competition.  This incorporation of competition is a great way to add fun to a drill. It is a great drill for all levels because using the hands without gloves is something that not only is a good reminder but something all players can have fun with.

The drill uses a whiffle ball and a plastic bat.

First set the bases at about 40 feet apart. Divide your team in two. One half of the team fields while the other half of the team bats. Fielders do not use their gloves. We want to teach them that the hands are the real tools in catching the ball. The ball is pitched from about 20 feet away by a coach because the batter only gets three pitches to hit the ball.  (There are no balls or walks in this drill.)

Once the ball is hit, the batter must run the bases until she reaches home plate or is tagged out. Ideally the fielders will always try to tag the runner out at first by throwing the ball to the player closest to first so she can tag the runner.

Each team bats entire line up before switching with the defense.  You could also play it like a real game allowing the defense to throw the ball and the offense to stay on base like they would in a game.  You would still have the entire offensive team bat before switching sides. 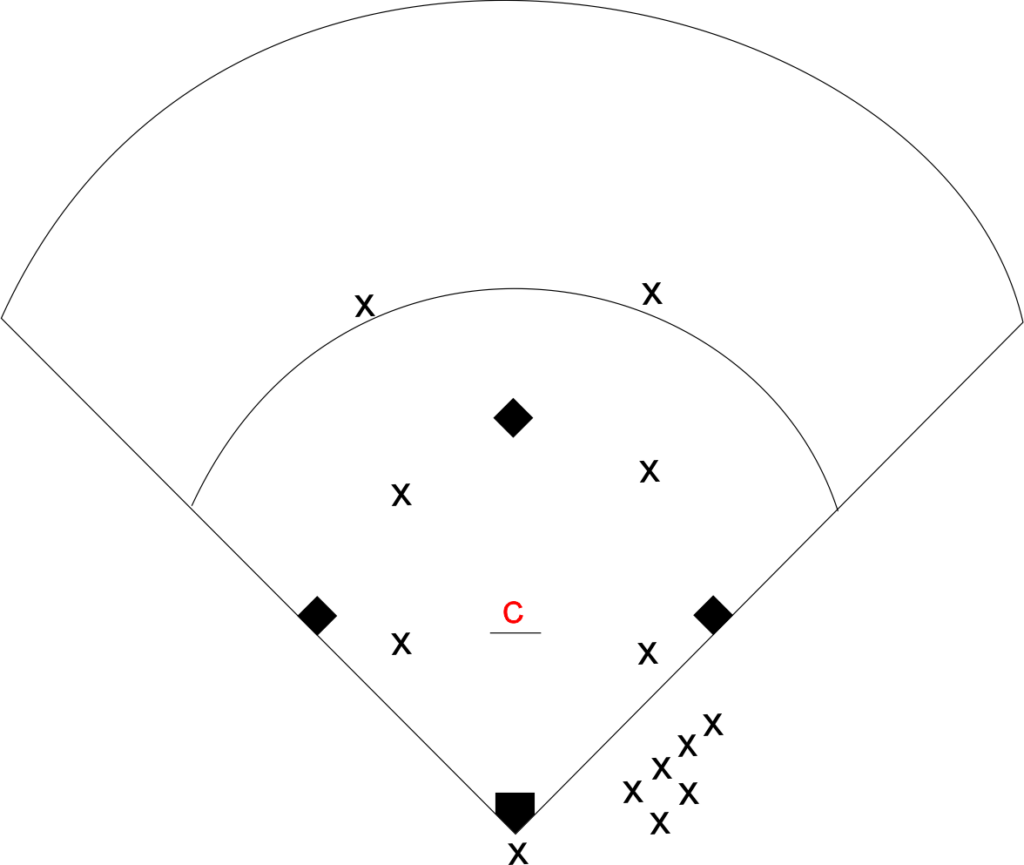