Softball fielding is something that most coaches spend a lot of time on during practices and pre game warm ups.  The great thing is that players can practice fielding on their own with a tennis ball on a wall or with a team mate at the park.  It is important though that we get the mechanics and that they practice correctly.  It is not just practice that makes perfect, it is perfect practice that makes perfect.  When players have mastered the skill, it will become second nature and they won’t have to think about it.  Also if the skill is mastered, when the fielder is under stress such as in a close game, her body will respond the way it knows how to without having to think about it.

The first thing to consider in the actual skill of softball fielding is ready position.  As with hitting and other skills the ready position starts with the feet.  They are slightly staggered with the glove side foot slightly ahead of the throwing side foot.   The weight is more on the balls of the feet than the heels to help with movement in the direction that the ball is coming from and to help with the transition to throwing.  The knees are bent and not stiff, almost as if sitting in a chair but without the chair.  This is also referred to as soft knees.  It allows for quicker movement and better reaction time because the body is already sort of in movement position.

The pocket of the glove is pointing down towards the ground and facing where the ball will be coming from.  By having it facing down, it not only has a better chance of the ball going into the pocket but it also prevents the ball from popping up and hitting the player in the chin. It is important to really keep it open until the ball is securely in the glove.  Many players new to softball fielding will begin closing the glove before the ball gets there and then it bounces off of it and away from the fielder.  The throwing hand is to the side of the glove with the pinkie almost touching outside the pinkie side of the glove and ready to close it as soon as the ball is fielded.  If there is a play to be made afterwards, then the throwing hand is there for the transition.  This is where the throwing transition is important and needs to be done correctly to get a good throw after the ball is in the glove.  Some coaches will teach fielders to field the ball more towards the heel of the glove to facilitate the transition.  I think this is a great tool but I think players need to be able to get the ball in their glove first.  After she is good at it, she can practice more advanced techniques.

Infield Ready Position: She is lower to the ground because the ball is coming faster and not always directly at her.  This ready position allows her to get to the ball quickly and to move quickly in either direction if she needs to.  The transition to throwing for an infielder will often be the difference between a safe and an out so timing is important. 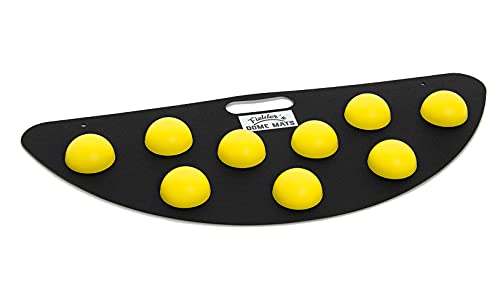 Outfielder Ready Position: Outfielders generally have more time to get to a ground ball than infielders so their ready position is more upright.  One of the biggest difficulties especially in the beginning levels, is to keep them engaged. They begin watching the game (or another field) because there is not as much action for them.  This is one of the reasons why backup is so important.  Not only does it prevent unforced errors on balls past the infielders but it also keeps them in the game and aware of what is going on.  Many outfielders don’t realize that if they are on their toes, they can get outs by quickly getting those balls that get past the infielders.  I have gotten outs at first base as a center fielder because I was right behind second base by the time the ball got there to make the play. It feels great.

Knowing the history of the batter can give the team great information on the tendencies.  If she is a pull hitter, the left side of the defense will likely be more ready for the ball if they remember where she hits.  Another tip is the way that the batter does her warm up swing.  I have correctly predicted the path of the ball countless times simply by watching the angle of the bat as it crosses the plate or what would be the plate on the warm up swings.  I would even watch games and say either in my head or to whoever I was watching with, where the ball was going to go.

When the game gets to the level where there are more pitches being thrown and the batters are better at placing the ball, the predictions get harder.  It will depend on the batters experience and ability to direct the ball as well.  If she is a great hitter, you might have a more difficult time predicting the path of the ball.

The type of pitch being thrown will also give an indication of the path.  Depending of course on the abilities of the pitcher to throw the type of pitch being called.  For example, a rise ball will  more likely be hit into the air while a drop ball will be hit on the ground.  An inside pitch will be hit to the inside of the plate path and an outside pitch will be hit to the outside of the plate side.  I am using the plate as the marker because it depends of course if the batter is hitting on the left or right side.

The success of softball fielding and then out to where it needs to go will depend on the previous steps.  Getting a good jump on the ball needs to be under control though or they could over run it.  Outfielders of course might go a further distance and more forward than to the side.  Infielders will often be moving to the side to field it so their reactions need to be quick. Keeping the eyes on the ball until it is in the glove is critical. Often players will close their eyes as the ball is getting to them and they will lose it.  Then the task is either to keep the ball in the glove to stop the play or get the ball to a base or another fielder as part of the next play.

I mentioned backing up as an important part of the game.  Fielding the ball when backing up is like fielding it when it is hit.  The only difference is that most times it will not be moving as fast most of the time.