Building team cohesion is one of the tasks that can mystify us as coaches.  Cohesion is something that we know is important to team success, but sometimes we are not sure how to create and build it.  There are many team building activities that we can do with the players at the beginning and through the season which work well for breaking barriers.  Something that we often don’t consider a part of team cohesion though is how the team operates day to day. I am referring to how we run the team and how they interact in different situations.

This can have an effect more on the non starters than the starters.  They may not feel a part of the team and that they are not contributing to the success of it.  There is also ego.   The starters may feel like they are better than the non-starters and might treat them differently.  It’s critical that a good environment is established around this topic.  The players need to know that although their skills may not be the same, they are not any less important to the team.

If we can establish where each player fits in the success of the team, it might take care of the some of the starter vs non starter issues.  For example, some players are just better at offense than some players and may be more useful in that role than on the field.  We know that without the offense we can not win games.  So the player who might only hit for a defensive player, knows that without her at bat, the team would not have success.   I always liked to reinforce that it is never only one play that wins or loses a game.  There are many actions during a game that will contribute to the outcome.  Just like there really are many player roles during the game, during practices and during the season that will have a large effect on where the team finishes at the end of the year. 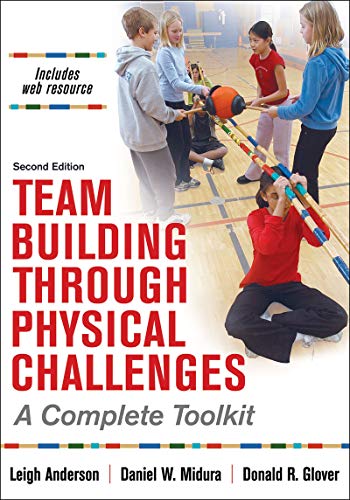 One of worst places for any athlete is to be on the injured list.  Having to watch from the sidelines is no fun at all.  The feeling of not being involved and sometimes even boredom can be the result if we don’t prepare for it.  If there is a procedure that is put in place at the beginning of the season for injured players, it is less likely that they will feel excluded from the process.  Some teams allow players who are injured to not attend practices or competition.  I think that depending on the injury and if the doctor says it’s safe to do so, have them attend so that they are a part of the group.  They can take part in assisting with drills if physically able or keep stats during games.  This would be standard procedures for players regardless if their injury occurred with or away from the team

This is a very hot and current topic for most teams from all sports.  Social media can be a source of disruption in the environment and sometimes needs to be monitored.  But how do you do that without breaking trust or infringing on the privacy of the players.   I am in no way an expert on social media and only know that it can have negative effects on team cohesion if anything between players ends up there.  You might find this article useful: https://coacheducation.humankinetics.com/blogs/coach-doc-connection-articles/social-media-guidelines-for-athletes

I believe that as the coach, it is my responsibility to make sure things are going well between the players and myself.  By setting an open door policy and environment where players don’t feel threatened, players will be able to approach the coach if they feel the need.  Another useful process is to have a player liaison that can come to the coach if a player doesn’t feel comfortable.  The most important thing to do though is to make sure any conflict is addressed.  If it isn’t, the rest of the team could suffer and ultimately the player could leave the team which presents a whole new problem to deal with.  By being open, honest, kind and non judgmental, coaches can work with players who are not happy and most times a solution can be found.  Getting to the issue as early as possible will prevent a small issue from becoming something that grows bigger and ultimately brings the rest of the team into it.

A group vision should be established at the beginning of the season when the team first gets together.  Achievable individual and team goals can be explored and then a working plan can be put into place.  This gives players something to work towards.  Establishing check points through the season will keep the group focused on the vision.  It is critical that the players participate in the development of this process so that they feel they are a part of the process and have influence on its success.

Building team cohesion is building the players within the team.  This is why a team captain should be more than a the most popular player.

All of the coaching staff should keep eye on things during the season. It is important in maintaining team cohesion.  This is where the team captain can be helpful because you can then ask her how things are going in the group.