Lets look at unethical softball winning.  In October 2015, there was a situation during the little league world series that most of us are aware of where the coaches attempting to guarantee a spot in the semifinals for the tournament, played a game to intentionally lose.  Notice I did not say the team intentionally lost because it had nothing to do with the players and everything to do with the coaches.

If it had worked out the way that the coaches had designed, or if it was done more subtly without being noticed, they advance, and they are in the semifinals without a challenge.  If successful, everyone is happy and no one says anything about the unethical tactic that was used.  But what really happened?  The plan was carried out so obviously, that steps needed to be taken to ensure that justice was done in the minds of the Little League International Committee directors after an appeal was made.  But what would have happened if it went unnoticed with a more subtle approach with the same result.  How many times have you as a coach been in this exact situation?

The question that I am asking is, at what point does it become okay to completely control the outcome of a game.  Coaches influence and ethical conduct in the result of a game has been a topic in the last few weeks as more discussions regarding winning softball games from the bench are emerging.  Calling pitches to the battery from the bench has also been a topic of discussion. 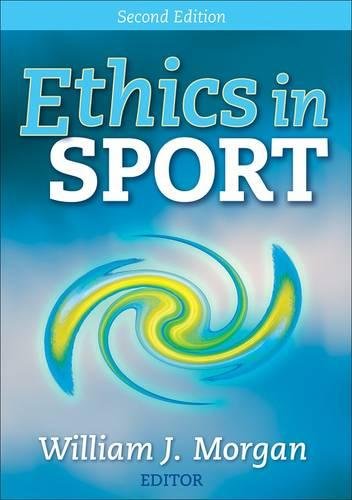 Where does every action as a softball coach fall in this continuum of guidance, leadership, direction and all out tampering in this complicated game. We design practices, teach skills, call offensive and defensive plays during games, set a line up for the game, decide who plays what position and when, decide which tournaments our team will participate in and in some cases we even decide what our players do in the off season.  All of these actions by the coach are done to some degree in the interest of success of the team and winning which depending on the program can vary in importance.

What creates an environment where winning is so important. Have we lost our purpose in sport?  When did it become a matter of successful outcome on the scoreboard from successful outcome in the hearts of our athletes.   This is a discussion that needs to take place in the interest of sport in general and not only in softball.

When we look at the history of coaching, according to Wikipedia, “the first use of the term coaching to mean an instructor or trainer arose around 1830 and the first time it was used in terms of sports was in 1861”  “Historically the evolution of coaching has been influenced by many other fields of study including those of personal development, adult education, psychology (sports, clinical, developmental, organizational, social and industrial) and other organizational or leadership theories and practices.”  I believe that the key word here is leadership.

What is leadership?  The best definition I could find is from  vtaide.com  A leader is “a person who influences a group of people towards the achievement of a goal”  note the word influence as opposed manipulate or control.  So where do our activities as coaches fall in the continuum of the acceptable to unacceptable conduct in “influencing” our athletes.  We need to first determine what their individual goals are and then by designing technical drills, physical training activities and mental training strategies we are giving our athletes tools for them to improve their own abilities in their quest toward their achievement of a goal.  In building our teams, we need to build teams that include players of the same goals in order to achieve success as a group.

When then do our activities as coaches begin to be more about control on the outcome of the game than facilitating our athletes goal achievements.  As we move toward this side of control and closer to the grey area, we are looking at setting positions, line ups, game management and which tournaments we register our team in.  This in my opinion should be about where our involvement in their outcome comes to a gliding stop.  We conduct these actions so that players do not have to worry about them as they are working to improve their own skills and to perform at their best.  Athletes rely on us as coaches to set up the best possible chances for team success using their skills and abilities as a unit.   At this point I would bet that they want to play the game now to the best of their ability using the skills that we influenced them to improve on to their fullest potential.

Throwing a game to lose is self explanatory.  Why does a coach feel it necessary to set up the game this way.  I would think that it is because they do not believe in the skills of the athletes to perform as well as they feel necessary to accomplish the goal that the coaches have set out.  Notice I said the coaches rather than the athletes goals.  Again the same thing can be done.  If the coach does not feel the team is up to the task it is up to them to educate and train the team so that they are capable of performing to the level required.  This should be determined at the beginning of the season rather than at a critical point in a tournament.

As we are leading, lets keep our athletes interests and goals in front of us.  It is more effective to lead walking beside our athletes and working with them than in front or behind them.  Find the balance early and it will pay off for the athletes later.