This softball drill of the week we will focus on the run down.  The rundown is a play that can go very wrong or very right in a hurry.  Ideally we will get the out in less than 3 throws. The one thing that we know, is that the more throws the more chance for errors

Softball Drill of The Week

The coaches throw the ball to one of the defenders who then begin the rundown.  The defenders work to get the runner out in 3 or less throws.  When the player with the ball throws it to the other defender she peels around in behind the defender that is waiting a few feet behind her to take over.  The potential confusion at second base acts as a distraction requiring the defenders to focus on what is happening with the other rundown so they do not get mixed up.

Add the baserunning element and see how long they can stay alive without being tagged out.

Add a competition element by having the baserunners belong to the opposite team.  I this softball drill of the week the defenders compete against each other to see who can get the out in the least amount of throws. 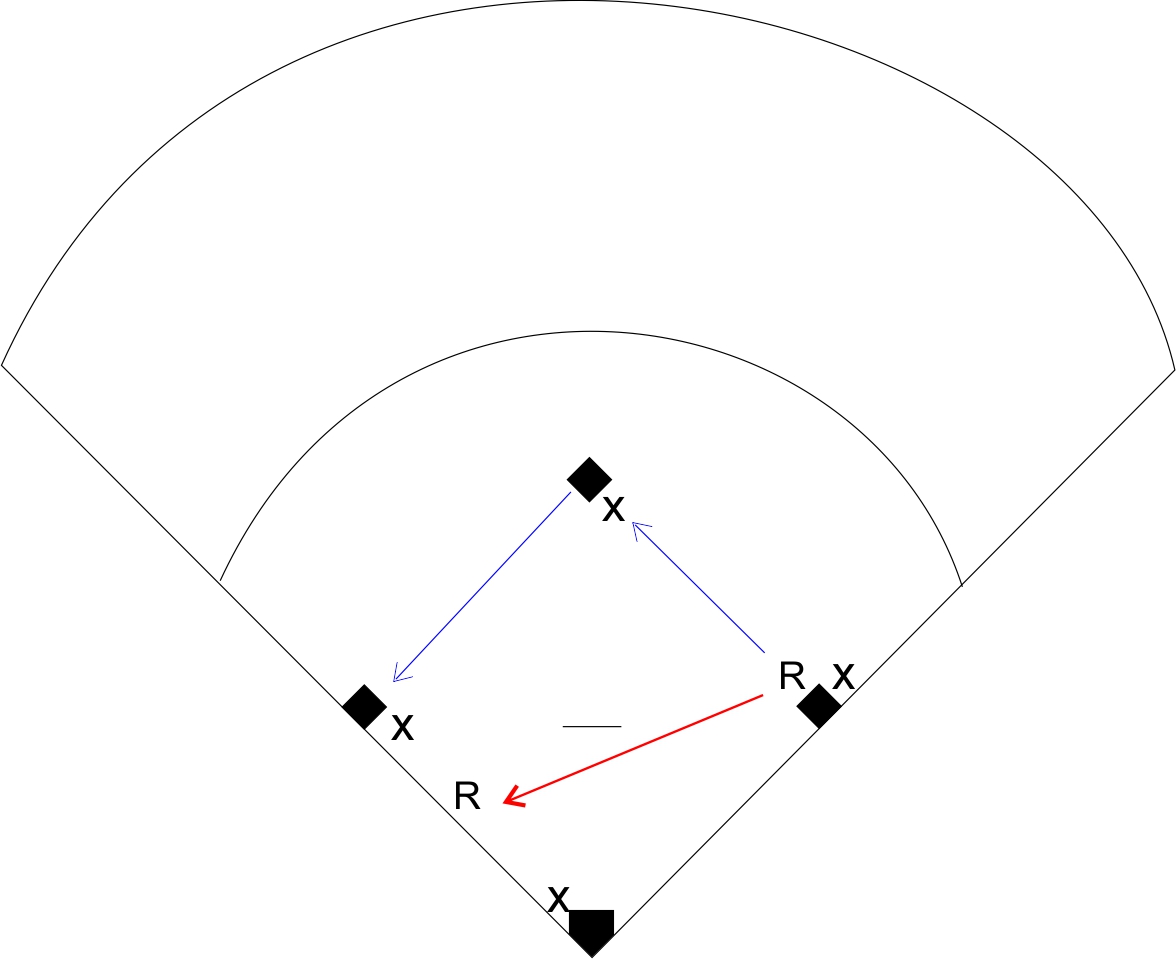